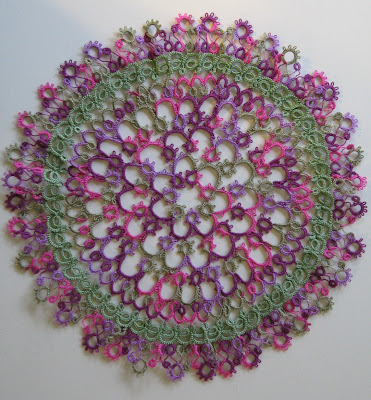 This was finished shortly after I moved to WA over the summer. It was for the most part finished but I had 2" left on the final round (yes, I did all the rounds on this one) when I packed it up for the move. The pattern is by Darlene Polachic and is called "Ivory Lace" done in size 20 Lizabeth Vineyard Harvest #131 and Leaf Green Med.#684 and is 8.5" across. I've been trying to incorporate a solid in at least one round of the doilys that have varigated thread to give it some interest. Sometimes it works, like this one. And other times it doesn't quite work out the way I imagined.

It was more than kinda ruffly when I finished it, which I'm assuming is because I have tight tension as the pattern photo showed a flat doily. I left it ruffly until picture day before ironing it because the ruffles didn't look good in the photo.
Posted by Laurette at 2/28/2012 5 comments:
Email ThisBlogThis!Share to TwitterShare to FacebookShare to Pinterest
Labels: 25 challenge, doilies 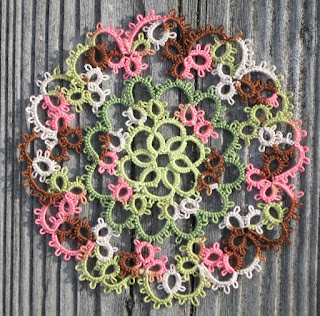 I made this before my move this summer and considered it a UFO. Recently I decided to finish it, and looked through every book and printout I have and cannot find the pattern.  The colors are Lizabeth Mountain Breeze #134, Leaf Green Light #683 and Leaf Green Medium #684. So until I can find/remember what the pattern was, it will be considered a coaster.
Posted by Laurette at 2/17/2012 1 comment:
Email ThisBlogThis!Share to TwitterShare to FacebookShare to Pinterest
Labels: 25 challenge, coaster, doilies 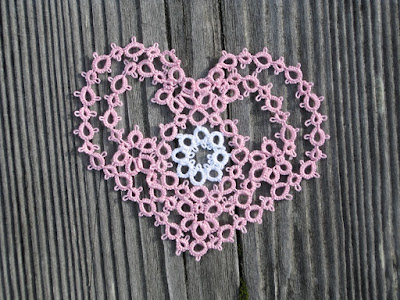 This is Gypsy Heart from Teri Dusenbury's Tatting Hearts book.﻿ It's been a while since I had done split rings so it was good to get a refresher.
I've also learned how to do a single shuttle split ring and a self closing mock ring in the last few weeks. I don't have any patterns that call for those techniques, but it's nice to know I can do them. I need to relearn how to do cluny leaves but I don't think my hand can handle that kind of workout at the moment.
Posted by Laurette at 2/10/2012 2 comments:
Email ThisBlogThis!Share to TwitterShare to FacebookShare to Pinterest
Labels: 25 challenge, heart 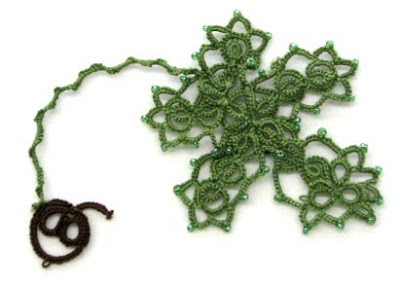 This oak leaf and acorn came from Tatting Turns Over a New Leaf by Karey Solomon. Seed beads were added to give the illusion of dew drops on the leaf. I made an extra long stem and attached an acorn for a bookmark.
Posted by Laurette at 2/02/2012 2 comments:
Email ThisBlogThis!Share to TwitterShare to FacebookShare to Pinterest
Labels: bookmarks, leaf
Newer Posts Older Posts Home
Subscribe to: Posts (Atom)

My Instagram Page
I am a 25 Motif Challenge participant.

I've completed one challenge and am starting a second.

Jan Stawaz Doily I from Tatting Theory and Patterns

Resolution Projects
My goal for this year is to tat at least one item from every tatting book I own, concentrating on books I've never worked from before. 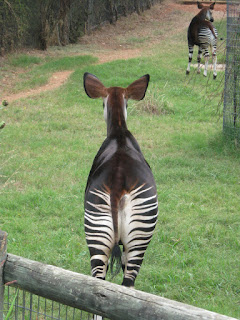 Talk to the stripes, 'cause the face ain't listening